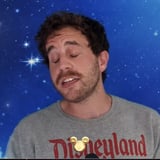 Disney sure knows how to keep a good thing going! On Sunday, May 10, the network aired volume two of the Disney Family Singalong, and fans got some thrilling performances from artists like Ben Platt, Keke Palmer, Chloe x Halle, and Derek Hough. The night was full of fan-favorite Disney jams from musical films like Aladdin, Coco, and The Princess and the Frog.

Last month, ABC premiered the first sing-along, which featured performances from stars including Beyoncé, Ariana Grande, Amber Riley, and Darren Criss, singing well-loved tunes from Beauty and the Beast, The Little Mermaid, and more. Both special events were organized to help raise money for Feeding America, and we have to admit: the second time around was as delightful as the first. But don’t worry if you missed the show live or just want to watch the performances all over again: we’ve rounded them up for you!