Is Clare Crawley a “Good” Bachelorette? That’s Turning Out to Be a Complicated Question 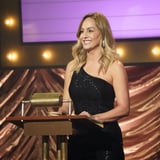 With Clare Crawley’s stint on The Bachelorette already almost over, the big question that remains is whether or not she’s been a good bachelorette. It’s a complicated question with a complicated answer. She’s been treated with unusually harsh standards, but there’s also been so much drama in so little time that it’s hard not to think that at least some of it comes from the tone she’s set. Has it even been good TV? I’m honestly not sure.

On the one hand, there does seem to be something of a double standard that’s behind the criticisms of Clare – as there all too often is during Bachelorette seasons. A lot of criticism has been heaped on Week 2’s “sexy dodgeball” date, calling it objectifying and too forcefully sexualized. On the other hand, though, I don’t recall similarly loud complaints against the pillow fight and lingerie fashion show episode from Peter Weber’s season of The Bachelor, which played into just as many stereotypes. It’s absolutely a fair criticism of the show to say that it often forces contestants into compromising situations just to create buzz and scandal, but if we’re having that conversation, it can’t just be directed at a single bachelorette – it’s got to be about the franchise as a whole.

Some of Clare’s actions on the show have been refreshing; much like her predecessor, Hannah Brown, she’s not taking any crap from loudmouthed contestants who feel like they can try to shame her. She boots out Yosef when he starts yelling at her over a date he wasn’t even on (the previously discussed dodgeball incident). She rejects Blake when he tries to break the rules to get one-on-one time with her and kiss her. She sends Zach J. home after he violates her boundaries. It’s nice to see a bachelorette who’s not dithering and who can clearly see who the “villain” is, rather than getting swept up in charm.

Unfortunately, though, that dignity doesn’t extend through all of Clare’s season, which is what makes it so frustrating to watch at times. From the moment Dale arrives in the first episode, it’s clear that Clare has no interest in anyone but him. Whether that’s a product of editors who put episodes together, knowing we’d all be watching with the knowledge that she leaves early to be with Dale, or whether it’s an accurate depiction of Clare’s behavior, it’s not very good TV. Separating Clare the person from Clare the TV lead, it’s clear that treating it like the competition was over in the first evening makes for a very, very boring lead “character.”

On top of that, it’s groan-inducing to watch a grown woman (the “oldest Bachelorette,” as the show promo’d incessantly and as Yosef nastily reminded everyone) act like a teenager with an obsessive crush on a guy she barely even knows. To tell the truth, I’d almost rather the show have revealed they’d been secretly talking during the filming gap because then at least it would make more sense!

None of us are under any illusions about The Bachelorette being a guaranteed route to a long and successful relationship, but in most seasons we can usually at least understand how and why the final couple fall for each other, even if it doesn’t last. Here, it seems like Clare and Dale’s connection is basically “love at first sight” – some combination of physical attraction and gut instinct. It’s hard to get invested – or believe that they’ll last far beyond filming – when that’s all the “story” we’re getting. Ultimately, the start of this season has just served to highlight some of the worst aspects of the show: its shallow depictions of its famed “journeys,” its obsession with a specific type of physical beauty, and its insistence on pretending that lasting love can be lab-grown on TV, multiple times a year.