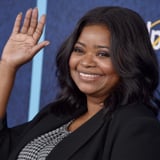 In a video with the foundation, Spencer explained that casting able-bodied actors in roles for characters with disabilities is “offensive, unjust and deprives an entire community of people from opportunities.” She reflected on the first time she saw someone who looked like herself on screen, and how important it is for people to see themselves and their communities represented authentically in films and on TV. “I was so taken by that experience,” she said of watching Good Times, a ’70s sitcom centered around a Black family.

“Nothing can replace lived experience and authentic representation.”

Spencer further explained that marginalized communities, including Black, Asian, Native American, LGBTQ+ communities, and even women, had to “endure not only their stories being told inauthentically, but also seeing themselves portrayed inauthentically.” She continued, “But nothing can replace lived experience and authentic representation. That’s why it’s imperative that we cast the appropriate actor for the appropriate role, and that means people with disabilities as well.” Watch the powerful video in full above.