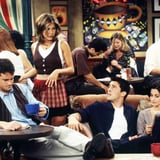 With HBO Max on the way, HBO will soon have a total of three streaming options. What’s the difference between HBO Now, Go, and Max? On the surface, all three of HBO’s options look pretty similar – and, to be honest, two of them are nearly identical aside from the means of access. Here’s a complete breakdown of HBO’s streaming services so you can figure out which one is right for you.

Yay! HBO Max Will Have Exclusive Streaming Rights to The Big Bang Theory Starting in 2020

HBO Now is HBO’s first entry into individual streaming platforms. It essentially works like an HBO cable subscription, with full access to HBO programming past and present. That includes past shows like Game of Thrones, top-tier miniseries like Chernobyl, and current shows such as Succession. Also available for streaming are a wide variety of movies, including recent releases, that HBO has the streaming rights for. Much like Netflix, these movies (basically, any content that wasn’t produced in-house at HBO) come and go as their streaming rights are picked up and expire. HBO Now is available to anyone for a $15-per-month subscription fee.

Similar to HBO Now, HBO Go is a streaming platform for existing HBO content. The major difference is that HBO Go is not a standalone streaming service. Instead, it’s basically an add-on service for anyone who already has a traditional HBO subscription through cable or Amazon Prime. HBO Go has access to the same library of HBO originals and licensed movies that HBO Now has, just through a different service. HBO Go is free, but it has to be accompanied by an HBO subscription, which typically costs between $10 and $18 per month, depending on your provider.

HBO Max is the newest entrant into HBO’s media empire, and it’s the one that’s being set up to legitimately compete in the streaming wars. The new platform, set to debut in May of 2020 for a $15 monthly price, will include all the HBO originals that you can get on the network’s other services. If you’re an AT&T customer, the cellular network is also planning on giving away free one-year subscriptions to HBO Max to 10 million of its users. But how will HBO’s new streaming service set itself apart? In short, with more exclusive content. HBO Max will have exclusive original content, as well as licensed programming that won’t be available on any other HBO platform, including all the seasons of Friends and The Big Bang Theory. It also recently announced a new film division that will aim to make eight to ten smaller budgeted films a year.